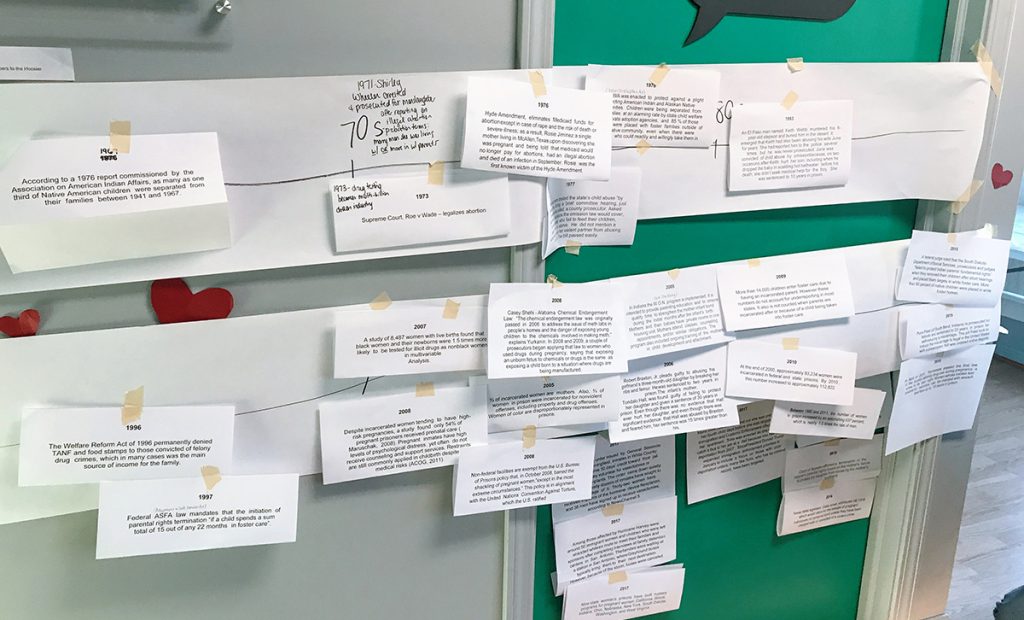 Each month, All-Options Pregnancy Resource Center hosts a Reproductive Justice Action Hour, an opportunity to explore intersecting issues and experiences and their relationship to reproductive justice. In September, our friends from Middle Way House, a local domestic violence shelter and advocacy organization in Bloomington, IN, came to All-Options PRC to help us unpack the impact of incarceration on reproductive freedom and the health and well-being of women, pregnant people, and their families.

Together, we created a timeline to explore the history of the criminalization of women, the effect of that criminalization on pregnancy options and parenting arrangements, and discussed additional punitive measures leveled by the state to perpetually re-criminalize folks even once they have been released. Afterwards, we extended support to the incarcerated women and pregnant people in our community and beyond. We wrote letters to demand the release of Maria Solis, a pregnant mother detained in a California immigration detention center because of her undocumented status, and ended the event by creating a banner of support to hang in front of the Monroe County Jail to let the women inside know that they are loved and remain part of our communities. 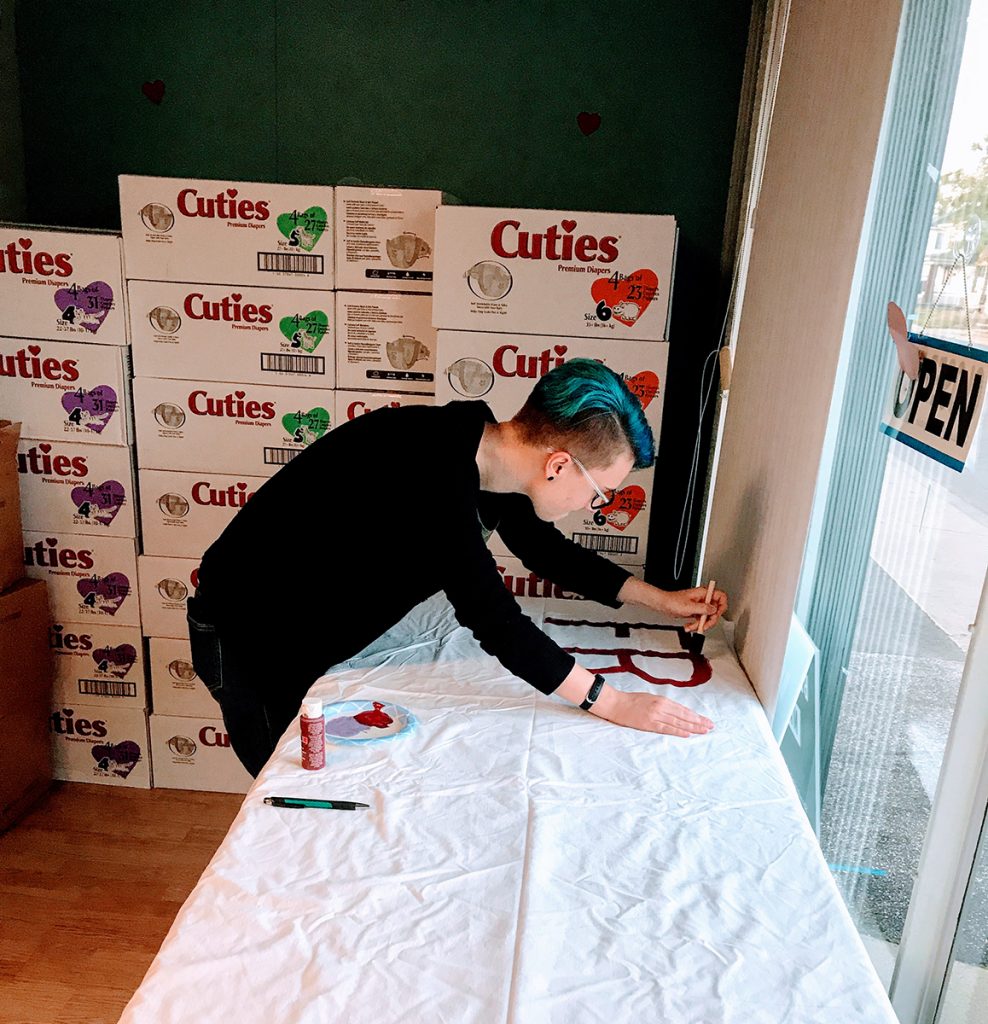 Our timeline exercise revealed something that seems oft overlooked: the impact of incarceration on the reproductive lives of those in prison. People who are pregnant go to prison, and while such a regimented environment would seemingly lend itself to accessibility to scheduled care, pregnant people in prison receive very little to no prenatal care or support. Additionally, there are only 21 states with anti-shackling laws on the books, meaning that in the other 29, incarcerated women are sometimes placed in ankle shackles for the duration of their labor. This leaves them with limited mobility, making for a more difficult delivery and a higher risk of complications for the pregnant person and their child.

With two-thirds of incarcerated women being parents, we must also consider the impact of incarceration on families and on children in particular. In 2009, more than 14,000 children had entered the foster care system due to the fact that they had one or more incarcerated parents. And even when folks are released and able to regain custody of their children, those who were convicted of drug felonies will not have access to federal or state aid programs, like WIC and TANF, or public housing assistance. The system is designed to continue failing those it has deemed expendable: formerly incarcerated people trying to rebuild their lives and families.

For folks who choose to terminate their pregnancies while incarcerated, abortion care is often terribly difficult to access. In the state of Indiana, incarcerated women must pay upfront for transportation to and from the clinic, as well as the cost of the procedure, which can total up to $2,000. These barriers exist in addition to waiting periods and gestational limits, simultaneously creating a perfect storm of financial burden that many women are unable to overcome – and which prevents them from accessing all of the available pregnancy options.

And finally, there are women who are criminalized and incarcerated because of the outcomes of their pregnancies. We exist in a culture the stigmatizes those who seek abortion care alongside state laws that restrict abortion access. Purvi Patel and Bei Bei Shuai immediately come to mind as victims of this climate, prosecuted for attempting to terminate their own pregnancies. Status crimes that apply specifically to pregnant people seek to further criminalize folks, like Alabama’s Chemical Endangerment Law, which prosecutes women who use illegal drugs during their pregnancies. Furthermore, Black women, who are already at higher risk of being criminalized, are 1.5 times more likely to have their babies drug-tested at birth than white women, often leading to Black mothers losing custody of their children at dramatically higher rates. In these cases, the child welfare and criminal justice systems converge in a way that violates the bodily autonomy of women, criminalizes those women for making choices about their bodies, and divides families and communities along the way. 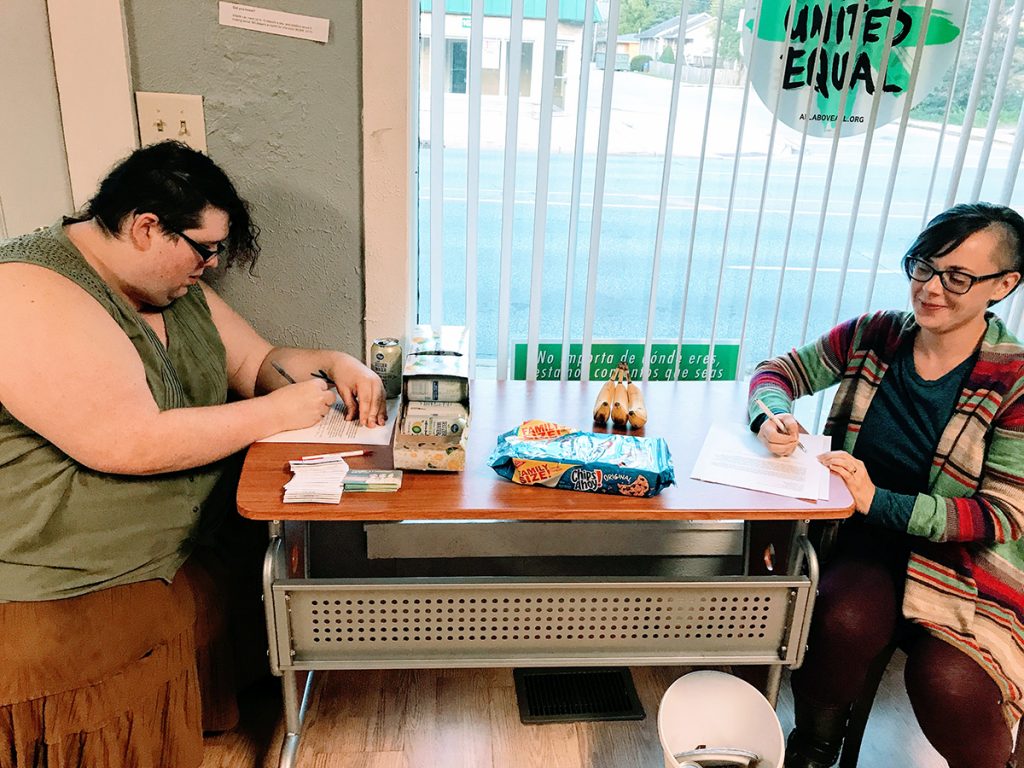 The increasing criminalization of women, pregnant people, and girls is having a detrimental effect on their reproductive freedoms and the stability of their families and communities across the country. Mass incarceration creates generational inequity by taking children from their parents and parents from their communities. The prison system denies incarcerated people dignity, choice, and access to care. If we seek to build a world in which people can create and care for their families, then we envision a world without prisons, without bars, and without borders. Prison abolition is reproductive justice. Until we are able to build this vision, it is crucial that we continue to support incarcerated folks rather than push them out of our communities and further penalizing them when they are released. At All-Options, we affirm the dignity of currently and formerly incarcerated people and support them as integral members of our community. While the prison system takes people from their families and destroys communities, this Action Hour allowed us to extend our support to those who have been criminalized and forgotten.